The SEC’s Enforcement Division alleges that Ambassador Capital Management and Derek Oglesby repeatedly made false statements to trustees of the Ambassador Money Market Fund about the credit risk in the securities they purchased for its portfolio.  Trustees also were misled about the fund’s exposure to the Eurozone credit crisis of 2011 and the diversification of the fund’s portfolio.

“Money market fund managers must not hide the ball from a fund’s board,” said George S. Canellos, co-director of the SEC’s Enforcement Division.  “Ambassador Capital Management and Oglesby weren’t truthful about whether securities in the portfolio threatened to destabilize the fund, and they failed to operate under the strict conditions designed for money market fund managers to limit risk exposure and maintain a stable price.”

The enforcement action stems from an ongoing analysis of money market fund data by the SEC’s Division of Investment Management, in this case a review of the gross yield of funds as a marker of risk.  The performance of the Ambassador Money Market Fund was identified as consistently different from the rest of the market.  Upon further examination by the SEC’s Office of Compliance Inspections and Examinations, the matter was referred to the Enforcement Division’s Asset Management Unit for investigation.

The attorneys at Sallah Astarita & Cox include veteran securities litigators and former SEC Enforcement Attorneys. We have decades of experience in securities litigation matters, including the defense of enforcement actionsand representation of investors, financial professionals and investment firms, nationwide. For more information call 212-509-6544 or send an email.

Email ThisBlogThis!Share to TwitterShare to FacebookShare to Pinterest
Labels: Enforcement

Providing outsiders with inside information can result in significant problems for the insider. 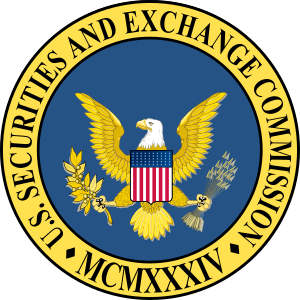 As securities lawyers know, but the public does not, providing inside information to others, even if you do not buy or sell the stock yourself, creates liability for insider trading. In fact, the insider may be liable for the profits obtained by the outsider - even if he did not share in the profits.
Yesterday the SEC charged a former employee at a Silicon Valley-based semiconductor company for his role tipping nonpublic information used in connection with Raj Rajaratnam’s massive insider trading scheme.

The SEC alleges that Sam Miri, who worked in the communications division at Marvell Technology Group, tipped confidential information about the company’s financial performance to former Galleon Management portfolio manager Ali Far.  He used the nonpublic information provided by Miri to trade Marvell securities on behalf of hedge funds that he founded after leaving Galleon.  Far and Spherix Capital, who were among those earlier charged by the SEC in the Galleon matter, earned hundreds of thousands of dollars in illicit profits based on Miri’s tips.

In exchange for the illegal tips, Far arranged four quarterly payments to Miri totaling approximately $10,000. Miri, who lives in Palo Alto, Calif., has agreed to settle the SEC’s charges by paying more than $60,000 and being barred from serving as an officer or director of a public company.

According to the SEC’s complaint filed in federal court in Manhattan, Miri tipped Far in May 2008 with inside information about Marvell’s plans to announce a permanent chief financial officer after a string of interim chief financial officers.  With an earnings announcement scheduled for later that month, Miri also revealed confidential information about Marvell’s sales revenue and profitability as well as projections of future earnings potential.  In the days leading up to the announcement, Spherix Capital hedge funds purchased approximately 300,000 shares of Marvell common stock.  When the stock climbed more than 20 percent after Marvell announced its quarterly financial results and new CFO on May 29, Far’s hedge funds reaped approximately $680,000 in ill-gotten gains.

The SEC’s complaint charges Miri with violations of Section 10(b) of the Securities Exchange Act of 1934 and Rule 10b-5.  Miri agreed to pay $10,000 in disgorgement, $1,842.90 in prejudgment interest, and a $50,000 penalty.  Miri also agreed to be barred from serving as an officer or director of a public company for five years.  Without admitting or denying the charges, Miri agreed to be permanently enjoined from future violations of these provisions of the federal securities laws.  The settlement is subject to court approval.

The attorneys at Sallah Astarita & Cox include veteran securities litigators and former SEC Enforcement Attorneys. We have decades of experience in securities litigation matters, including the defense of enforcement actions. We represent investors, financial professionals and investment firms, nationwide. For more information call 212-509-6544 or send an email.